Loncat ke konten
Beranda Android a review of the site bgamoney which he said was paying
Recently it has been circulating on social media such as Facebook, the bgamoney site that promises millions of rupiah for its users, many of which ask questions, is bgamoney a scam site? 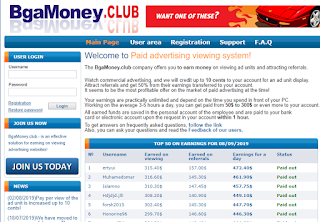 In this article we will discuss thoroughly about the site.

Making money by online on the internet has been a favorite in recent years.  Apart from all that, many people do not realize that to get income through the internet is difficult difficult, and most of the money-making sites are difficult.

But making millions of rupiah on the bgamoney site is very easy, you only need to enter the chaptcha number and it is paid 10 cents once entering that number.  Bgamoney is a site that offers you lots of money to do work that doesn’t make sense.  They have many referral schemes to offer.

I myself have done it, it took 2 hours to get 150 $ by continuously typing the numbers that appear,

After collecting 150 dollars, I tried to withdraw the money and it still could not be stated on the page that, “to withdraw the collected money, we must invite people / our friends to do what we do, yes … insert numbers  .

And after you have managed to collect 40 referrals, the money that has been collected can be disbursed through banks, paypal, etc.

Apart from all that, some opinions about the site prove that the bgamoney site is a scam / scam site.

Bgamoney is a fraudulent site that doesn’t use it.  People generally think that earning online from home is very easy.  Believe that this becomes easy after some time (6 months or 1 year) but in the beginning, you have to give up your time and effort. The thought of earning a passive income and retiring early is used by scammers to make us stupid.

Billionaires have everything with them but they still work and they don’t retire.  We all need to understand that making money is not difficult, but we need to learn the art of making money.

Don’t look for short-term benefits because in that route the scammer has set many traps.

To defeat scammers, we all must make a concerted effort.  As alone we cannot do much but together nothing can defeat us.