Loncat ke konten
Beranda Android Have eaten a lot but still feel hungry? this is why

Hunger is a way for the body to signal that it needs food and energy.

Although hunger is an important signal for the body to replenish the energy needed to survive, sometimes hunger can mean the body is not getting the right nutrition. 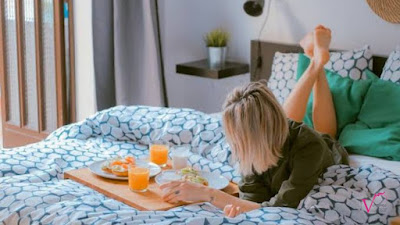 From stomach growling to headaches, hunger is excruciating.  But if you are hungry even after eating, there are certain underlying things.

Continuous hunger can also indicate psychological disorders.  This is because hunger is a way to deal with stress and boredom emotionally.

The body relies on food to get energy, so it’s natural to feel hungry if you don’t eat for several hours.

But if the stomach keeps rumbling, even after eating, something is happening with health.

Adequate sleep is between seven and nine hours per night.  Less sleep than that results in a short-term surge in the hormone ghrelin.

7 Dinner habits, the cause of weight gain

Many people begin to feel lethargic and dizzy and think they need food.  But the real condition is they are dehydrated.

Some evidence also shows that drinking water can help a person feel full.

The researchers asked participants to drink 0.5 liters of water 30 minutes before eating breakfast, lunch, and dinner every day.  After 8 weeks, the women lost weight and reported decreased appetite.

Some people reflect boredom into hunger.  This causes them to eat more.

If you watch TV and find yourself reaching for a box of sweets or snacks without thinking, consider that you might be snacking because you are bored, not hungry.

In a study published in the April 2015 edition of Frontiers in Psychology, the researchers asked study participants to keep a food journal for one week, recording what they ate and when.

The study found that participants were more likely to eat during periods of boredom and the food eaten tended towards unhealthy fats and carbohydrates.

Besides being important for healthy digestion and preventing constipation, dietary fiber can also play a role in controlling hunger.

Low-fiber foods can make you hungry fast.  This is because fiber slows down the digestive process, leaving food in the stomach for longer periods of time and giving fullness.

It is important to note that there are various types of fiber, and some are better than others.

Too Much Salt Consumption

In 2017, a study published in the Journal of Clinical Investigation found that eating high sodium actually increases hunger in the long run.

The researchers found that eating high sodium (more than 12 grams per day) causes the body to retain fluids that need more energy and calories to store.

Foods that contain a lot of salt also tend to be processed.  This can be found in processed and fast food.

Many processed foods that are chemically engineered to be very tasty and cause overeating.

Hunger that often occurs even after eating may be a symptom of the disease.  In addition, excessive hunger is often a symptom of several other conditions, such as depression, anxiety, and premenstrual syndrome.

Frequent hunger is a classic sign of diabetes.  This occurs due to very high blood sugar levels.  Hyperthyroidism, a condition characterized by overactive thyroid, is also associated with increased hunger.

This is due to the production of excess thyroid hormone, which is known to increase appetite.

Hypoglycemia, or low blood sugar levels, can also increase hunger levels.  Blood sugar levels may go down if you haven’t eaten for a while, an effect that might be made worse by foods high in carbohydrates and refined sugar.

ipoglycemia is also associated with medical conditions, such as type 2 diabetes, hyperthyroidism, and kidney failure.